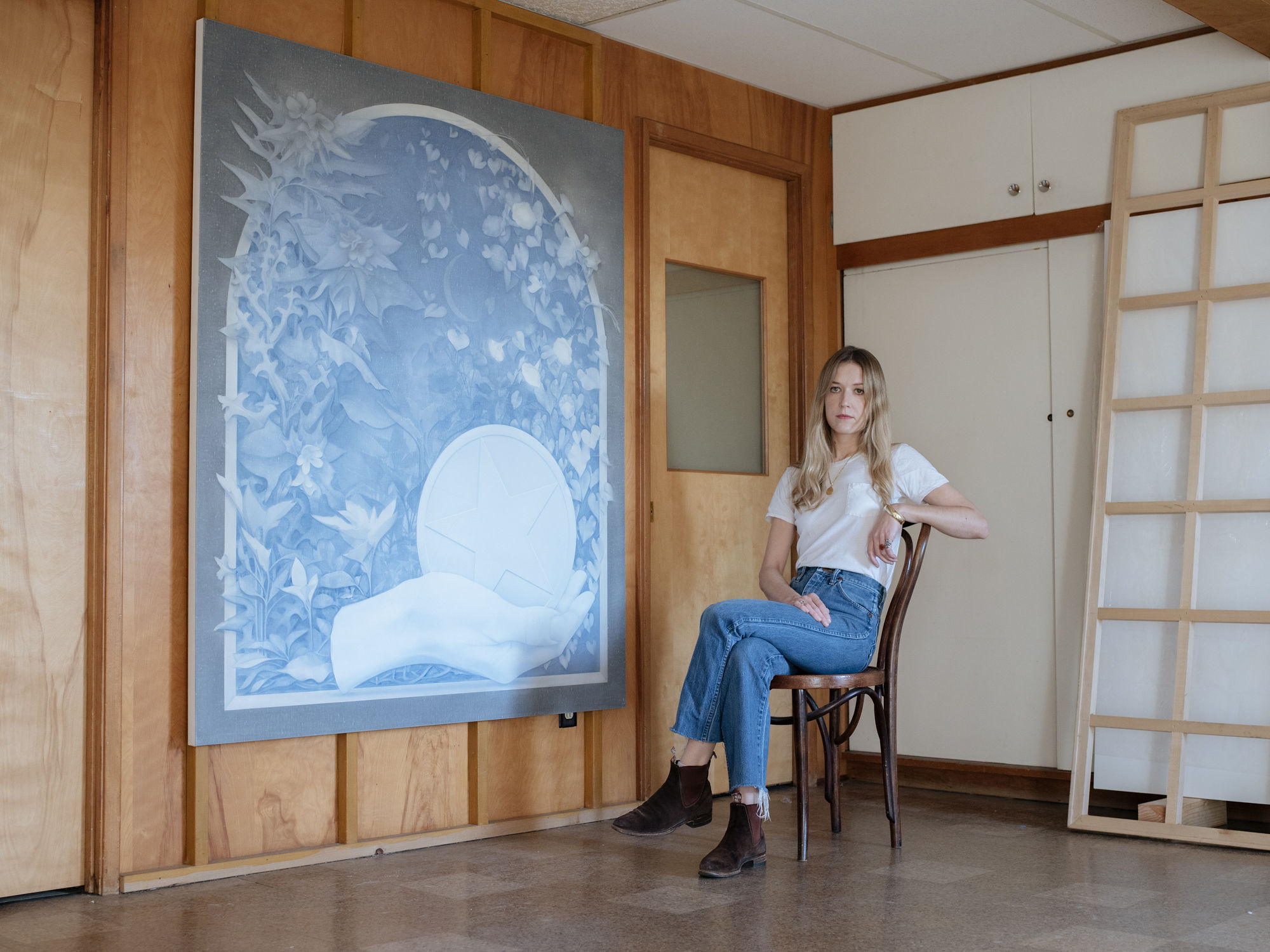 In 2020, at her studio in California, Theodora Allen began working on a series of paintings that she calls the “Lifethread Series,” featuring representations of bolts and screws which serve both as compositional barriers and stark reminders of “the paths that wind through time.”

With luminous layers of paint, Allen’s work speaks to the idea of evanescence and renewal. She looks back in time in order to process the present: “This moment that we find ourselves in is a great example of this idea,” she says, “for as far as we’ve come in terms of technological and scientific advancement, our civilization has been essentially crippled by something as pervasive, unknowable, and frankly natural as plague.”

Video courtesy of the artist. Editing by Diego Flores. 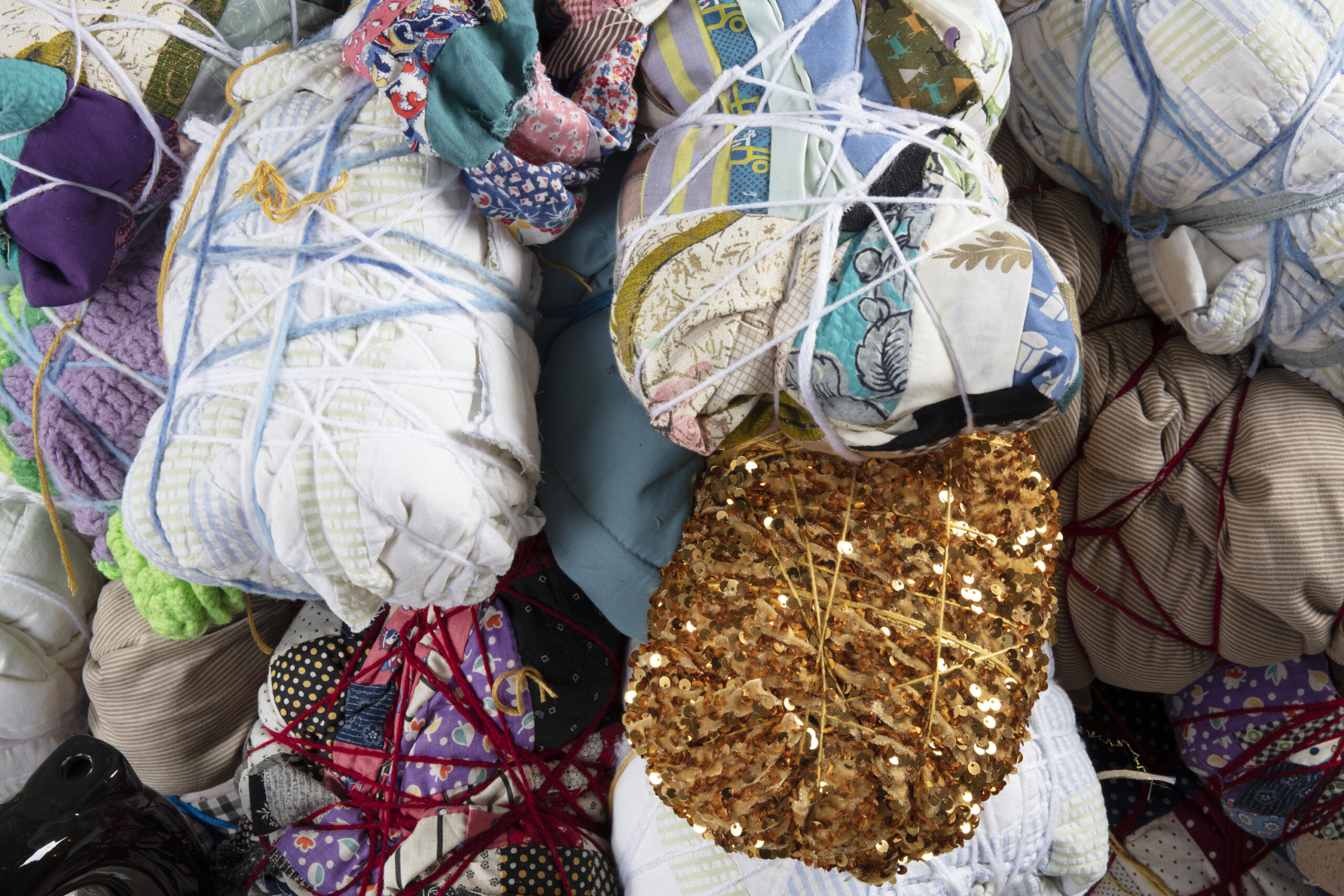 On meeting again: a Studio Visit with Liam Everett 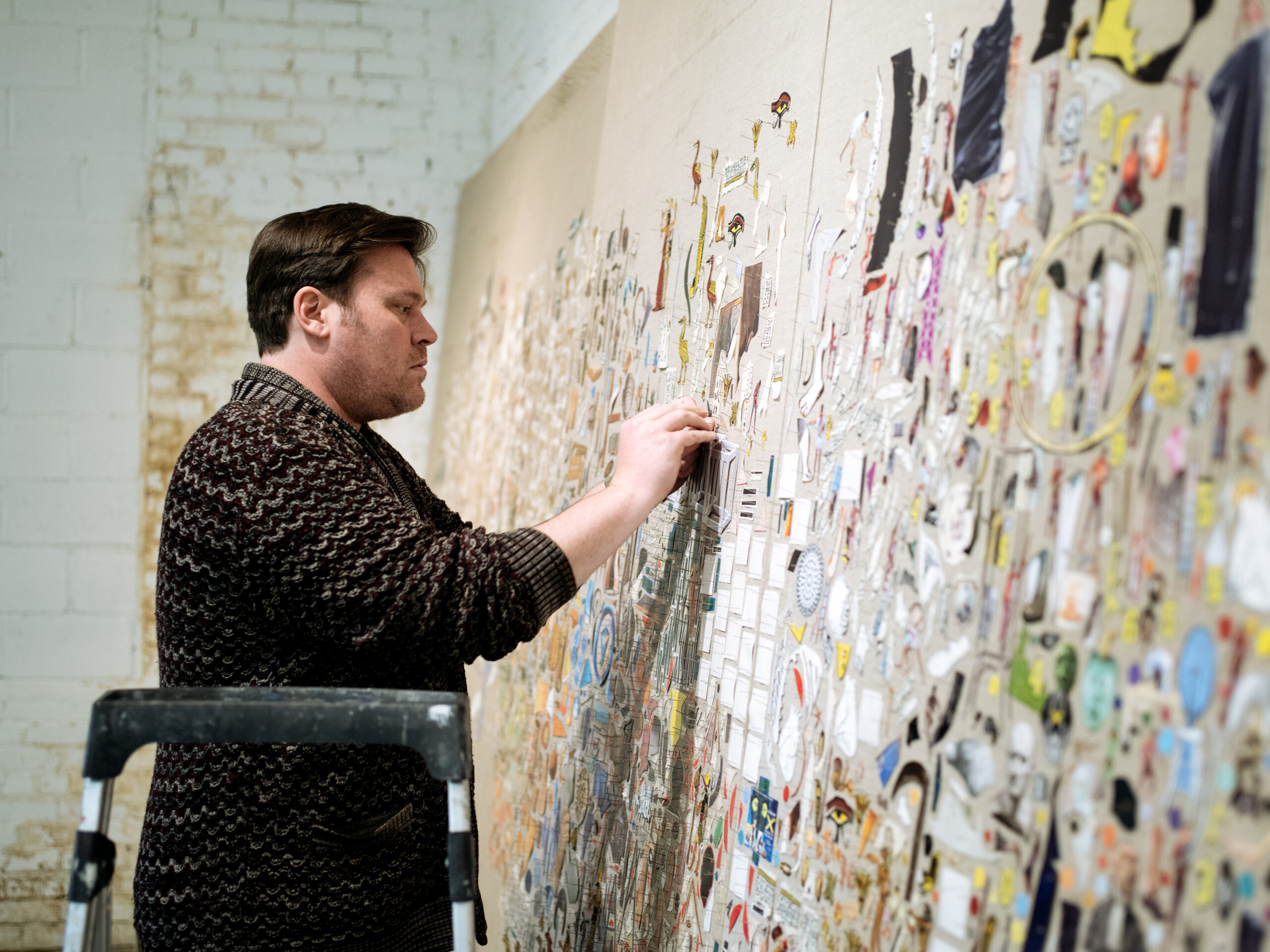 Behind the Scenes with Elliott Hundley in LA

A Tour of The JB Blunk House Ian Davenport in the Studio 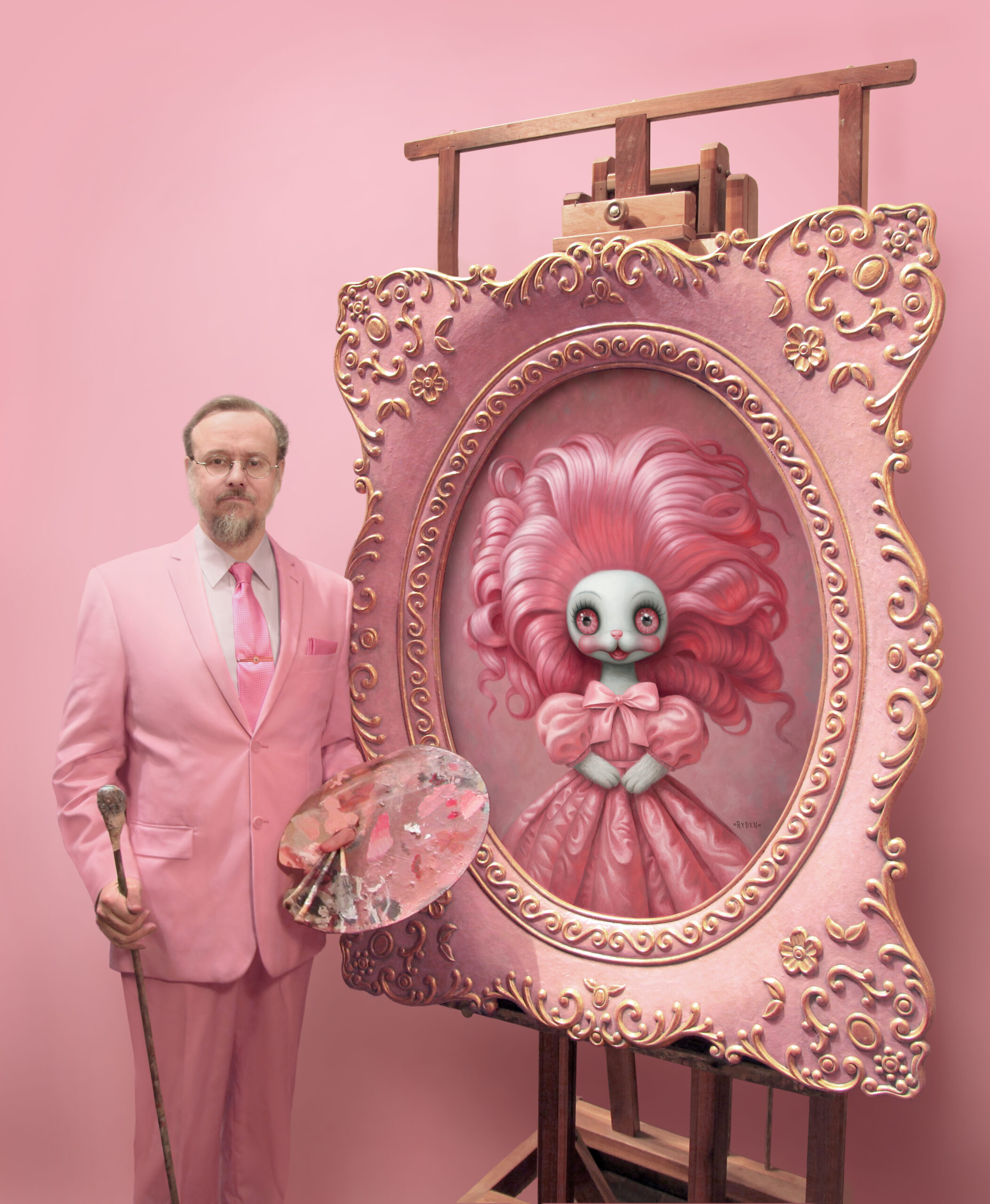 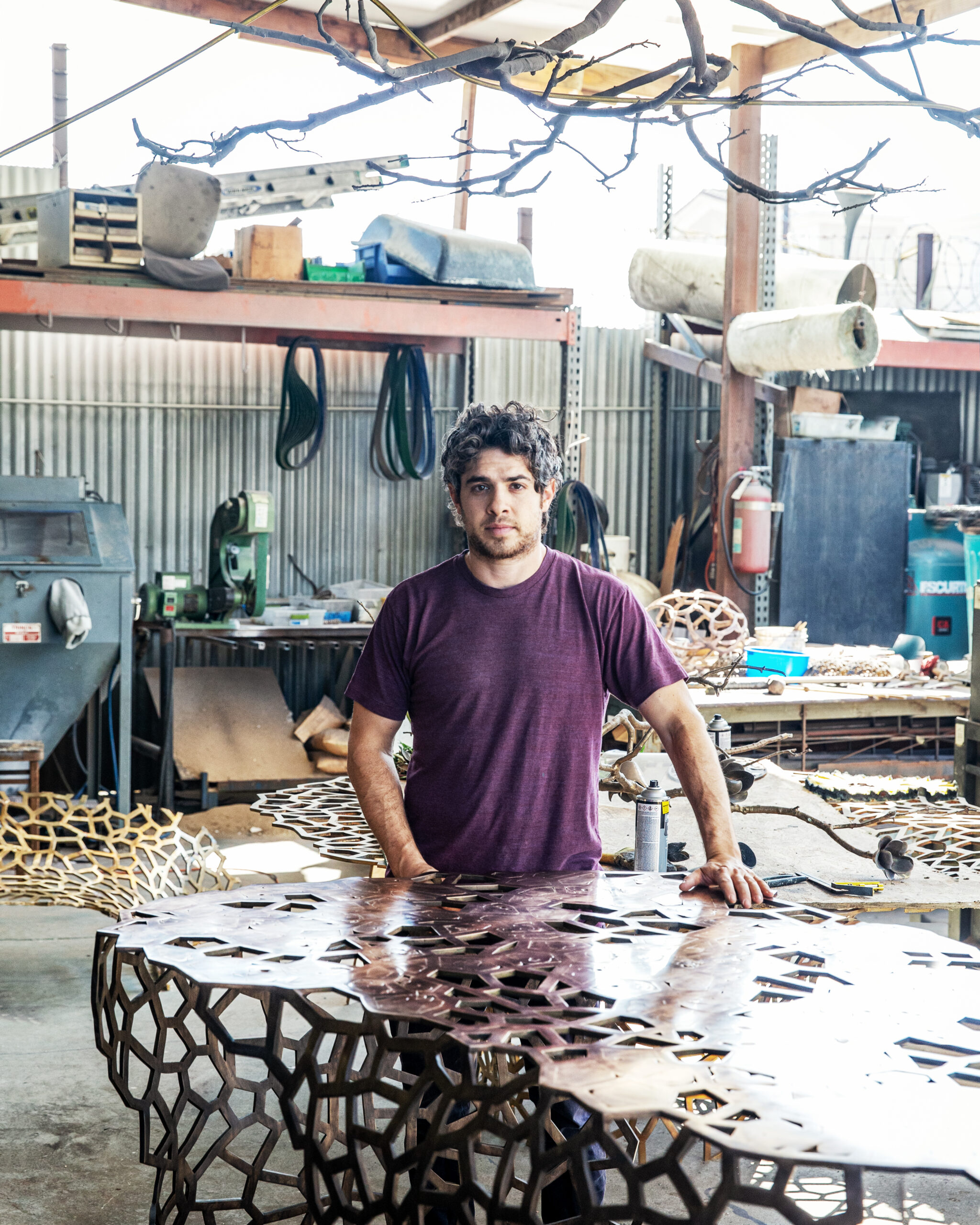 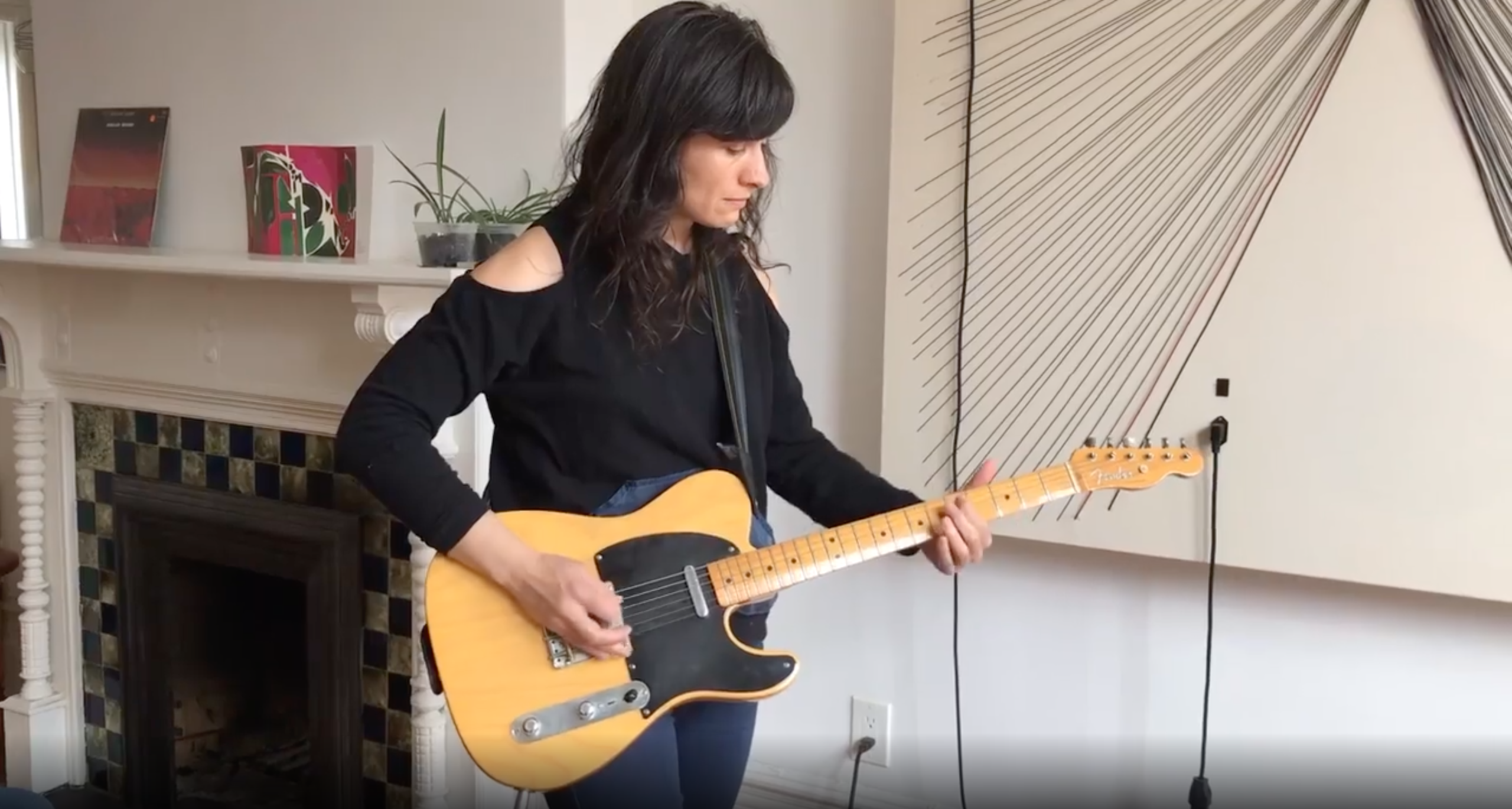 At Home with Naama Tsabar 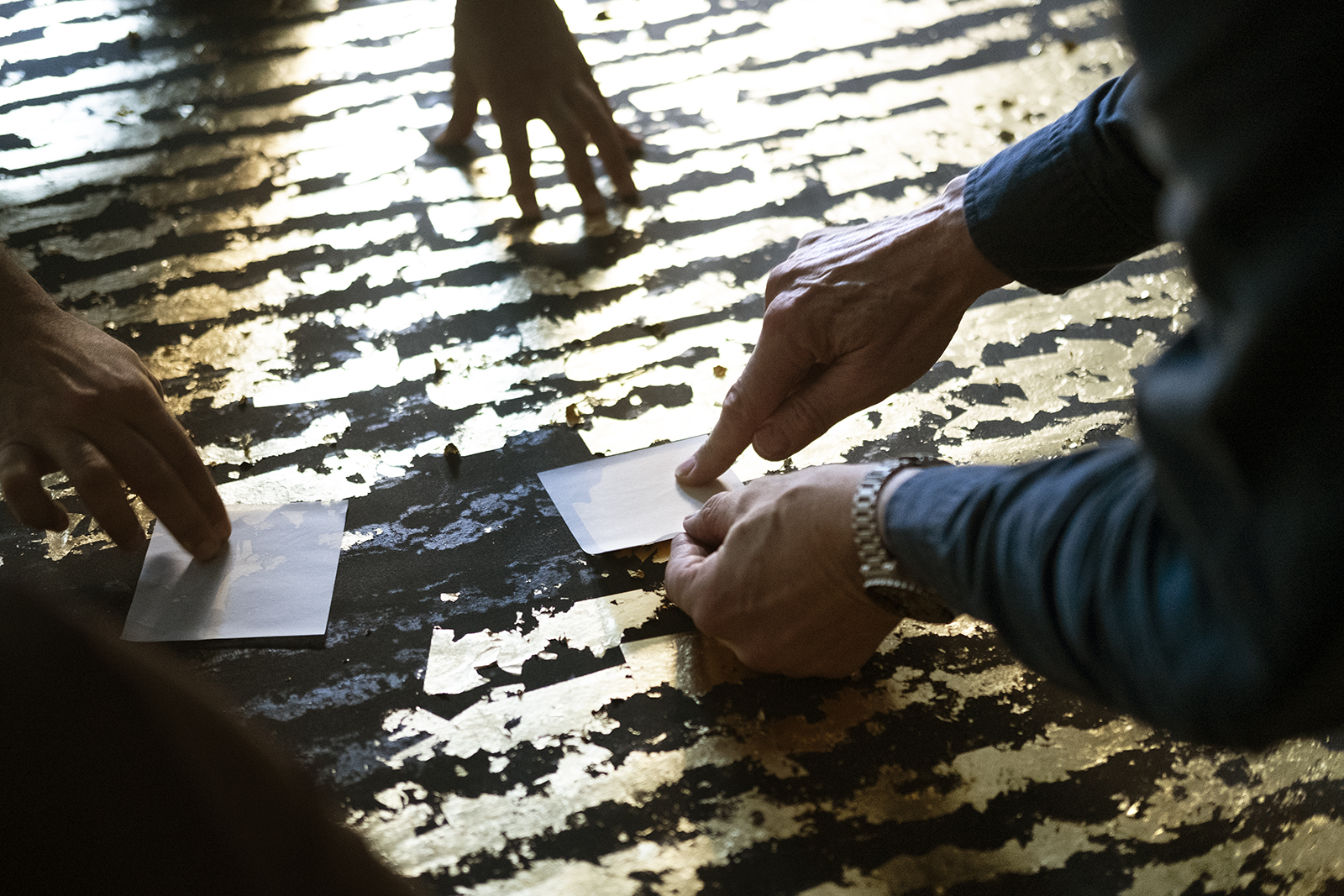