On occasional Saturday mornings, Kasmin shares essays and interviews that expand critically on the work and practice of the gallery artists. Today's essay, There Are New Mountains by Stephanie Cristello, coheres a constellation of the meaning of time, history, and place in Diana Al Hadid's site specific work The Time Being (2022). The sculpture, based on blueprint drawings of a water-clock by the twelfth-century Islamic polymath Ismail Al-Jazari, was featured in the Syrian Garden in Cleveland, Ohio as part of the 2022 FRONT International: Cleveland Triennial for Contemporary Art, "Oh, Gods of Dust and Rainbows." The exhibition was on view from July 16–October 22, 2022.

The earliest inventions of reading of time performed as inadvertent sculptures, wielding the elements into controlled mechanisms that allowed for observation of the immaterial—in service of devotion, gathering, warning, or war. The first timepieces, clepsydras developed between c. 1417–1379, measured the flows of water into a vessel so that the temple rites and sacrifices could be performed at the correct hour. Fire is also a measure, as sand molten into hourglasses or the changeable scent of incense as it burns. Then as now, water and fire hold time. How the tides of the sea rise determines different lengths: the hour of the day, the season, the projected extinction of a city. The strength of a flame: a sign of either how long you can sustain warmth through the night or of how long you have to evacuate before your home is consumed. Felled birds, paralyzed in flight before sinking from the noxious sky into the opening of the volcano’s mouth at Pompeii, too existed as a type of clock. As water and fire perform on earth and in air, a passage is marked through form. Beyond the constraint of the clock—a structured imitation of how these elements behave—nature itself lacks discipline and the changes upon our geography spurred by events of climate endure more permanently. Hurricanes devastate and irrevocably alter the landscape. When volcanoes erupt, there are new mountains.

In the work of Syrian-born, American artist Diana Al-Hadid, how we give vision to time is the driver of her monumental installations. Rather than the exactitude of clocks, her work denotes how time is measured and felt—as Don DeLillo writes in The Body Artist, time becomes something more like itself, “sheer and bare, empty of shelter”[1] as we experience the traces of objects, figures, landscapes, and architecture that Al-Hadid imparts.

The designs for a water-clock preserved by the twelfth-century Islamic polymath Ismail Al-Jazari inform the blueprint of Al-Hadid’s sculpture The Time Being (2022), a public commission for the most recent edition of the FRONT Triennial for Contemporary Art in Cleveland. Against the backdrop of a scaled replica of the Palmyra Arch of Triumph within the city’s Syrian Cultural Garden, the installation’s spiraling architecture responds to the conditions of the outdoor site. Al-Hadid’s intervention arises from the centerpiece of the garden, an Arabic fountain that is transformed by the addition of a towering armature that ascends from the existing octagonal geometry. Thin veils of molded fiberglass (once wet and pliable, now solid) compose the form, painted to appear as oxidized copper in alternating segments of verdigris and glinting metal. The tiers of the exposed vessel are adorned with pools of ink, hands suspended in gestures of writing and making, in reference to the figurative components of Al-Jazari’s clock—chief among them a statue of a scribe whose pen tracks the minutes as they pass.

While the functional mechanisms of the clock are either rendered immobile in Al-Hadid’s rendition, the conventional markers of time are replaced with organic growth. In place of the hour hand, the only visible dial of measure in The Time Being is the growth of jasmine plants, the national flower of Syria, which wrap around the sculpture, supported by the water that springs from the fountain’s basin. Over the course of the exhibition, tendrils of the plant attach to fragments of the piece as they climb, flowering to emit a faint indolic scent that attaches the installation to our senses beyond what is visible. Time is read, but it is also experienced as it is written. Al-Hadid’s script proposes a clock of memory that extends to the more personal ways we recall time—triggers of sensation, of place, of how the light hits just there, of the softness or rigidity of sand or stone beneath our feet. What remains from Al-Jazari’s engineering is a reliance on water and an attention to how things react to the circumstances of a prescribed environment. Each component of the work allows the ‘clock’ to have its way; water flows, plants grow, the sun catches on the surface of the open-air form, and gravity holds it in place.

“Hardly ever, indeed, are scents actually produced from the flowers whose name they bear,” says Des Esseintes in Joris-Karl Huysman’s nineteenth-century novel À Rebours on the making of perfume, “with the one exception of the jasmine, which admits of no imitation, no counterfeit, no copy.”[2] Like the flower that performs as itself even when translated to another medium, Al-Hadid’s combinations rely on a certain faith in materials whose purpose is translated. A momentary shimmering where matter does not disintegrate but opens—to unfasten the images of what are often solid, to dissolve the boundaries between unlike things, revealing the heart of their construction. In this instant of transformation nothing is lost or gained but instead redistributed among figure, object, and landscape. Each of Al-Hadid’s subjects are embedded within one another through treatments of matter intrinsic to sculpture, but also nature. An encounter of atmosphere where there should be earth, gaps of air beneath the surface where one expects to step into the sea. A shattered boulder displaces the same amount of water as its rocks. In these glinting patterns of removal, the absence in one plane of substance finds its presence elsewhere—like dissected maps that form new continents, Al-Hadid’s works weave topographies into the air.

In Ovid’s Metamorphoses, the weaver Arachne is transfigured into a spider after burying depictions of Zeus’ abuses toward mortal women into her tapestries of maps. The limbs of the wood nymph Daphne, while attempting to escape the pursuit of Apollo, turn into the bark and leaves of the laurel tree. In this history, the species that compose the natural world are ascribed to the faulted flees of women. The Flemish primitive painter Hans Memling’s Allegory of Chastity (c. 1475) pictures the bodice of a female figure, her head bowed, hands interlaced at the waist, surrounded by entrance of a volcanic mountain. What remains ambiguous is the action of the scene—a figure in process of emerging from or being entrapped by an enclosure of stone, the pair of lions in the foreground guarding for either protection or imprisonment. Given the reliance of Christian theology on the suppression of women’s desire, we can guess the later. Al-Hadid’s first interpretation of the painting culminated in the monumental sculpture Citadel (2017–18), a hollowed silhouette of a woman framed by the base of an embankment whose porous mass extends like a root system toward the ground. Her face is vacant of features, delineated instead by two severe lines like one would find in the initial sketch of a portrait artist, that indicate her gaze remains lowered. Yet in contrast to the demure painting, the massive scale of the work allows for her downcast eyes to stare straight into those of the viewer below. When installed upon the green scape of a lawn, the work appears to swell from the ground like a tangle of vines; when situated within a public fountain, the form is reflected in a black pool of glass in perfect symmetry. In each reprise of the work, which adapts and responds to its context, the conception of virtue in Memling’s portrait is detached and reforged in Al-Hadid’s portrayal—from the feminized guise of purity (as a woman frozen and entrapped by nature) toward a faith insubstance (the malleability and mutability of earth’s terrain and our place within it).

In an evolution of the piece, Allegory by a Thread (2020), installed at the Sint-Janshostpitaal in Brugge, home to some of Memling’s most important works, elements of the architecture’sstructure and gothic ornamentation infiltrate the setting of Al-Hadid’s commanding figure, positioning her as a type of throned Madonna. Hollowed and hallowed collapse. A series of filaments loosely tether her torso to a delicately carved surface of an oriental carpet, made of polymer gypsum tinted with black, red, and gold pigments. Colors of the mantle, of different temperatures and fluidities of lava, constitute the pattern of the rug—a form first woven to mimica garden, a facsimile of nature to view in winter. Here, Al-Hadid weaves a garden for the woman born from the reservoir of fire—a reminder of her origins transformed into a fragment of décorthat she witnesses and controls.

Volcanos endure as one of the few phenomena where the center of the earth comes out to greet us. At the time of an eruption, the boundary that designates what belongs to the interior versus the surface is momentarily broken (the same can be said of people). In Magmatic (2019), recently on view in Al-Hadid’s solo exhibition Archives of Longing at the Henry Art Gallery, what is disguised by the mountain in Memling’s painting is made present—a woman’s severed limbs fashioned of bronze, gypsum, fiberglass, and steel. The patina of the legs, which appear to melt into the support of a white plinth, is corroded—a process that unfolds when water and alloy are exposed to one another and left to develop. Like living photographs, marks of phases areembedded in Al-Hadid’s materials. Her attitude toward form adheres to a logic that exists outside of chronological time, a patriarchal structure derived from lineage, in favor of the cyclical. Across the artist’s sculptural vignettes, the rotating hands of a clock fail to capture how hourspass. They belong to a different language of revolution—one that calculates moments in present culture where our epoch meets those that have come before, and where they will unite again in a yet unknown future.

While pausing writing to read a text by Mona Eltahawy on the revolution unfolding in Iran at present, a quote by Ursula K. Le Guin echoes the sentiments of Al-Hadid’s work, “We are volcanoes. When we women offer our experience as our truth, as human truth, all the maps change. There are new mountains.”[3]

Stephanie Cristello (Canadian b. 1991) is a contemporary art critic, curator, and author based in Chicago, IL. She was previously the Senior Editor US for ArtSlant (2012–2018) and founding Editor-in-Chief of THE SEEN, Chicago’s International Journal of Contemporary & Modern Art. Her writing has been published in ArtReview,BOMB Magazine, Elephant Magazine, Frieze Magazine, Mousse Magazine, OSMOS, and Portable Gray in addition to numerous exhibition catalogues nationally and internationally. She graduated from the School of the Art Institute of Chicago in 2013 with a Liberal Arts Thesis in Visual Critical Studies. She served as the Artistic Director of EXPO CHICAGO (2013–2020) and is currently the Director / Curator at Chicago Manual Style (Chicago) and Curator-at-Large at Kasmin (New York). In 2020–21, she was a Curatorial Advisor to the 2020 Busan Biennale (South Korea) as well as a Guest Curator at Kunsthal Aarhus (Denmark), the Malmö Art Museum (Sweden), and the Driehaus Museum (Chicago). She is the author of Theodora Allen: Saturnine (Motto / Kunsthal Aarhus, 2021) and the forthcoming book Barbara Kasten: Architecture and Film 2015–2020 (Skira, 2022), which was awarded a grant from the Graham Foundation.

An abridged version of There Are New Mountains by Stephanie Cristello was first published in CHART Journal. 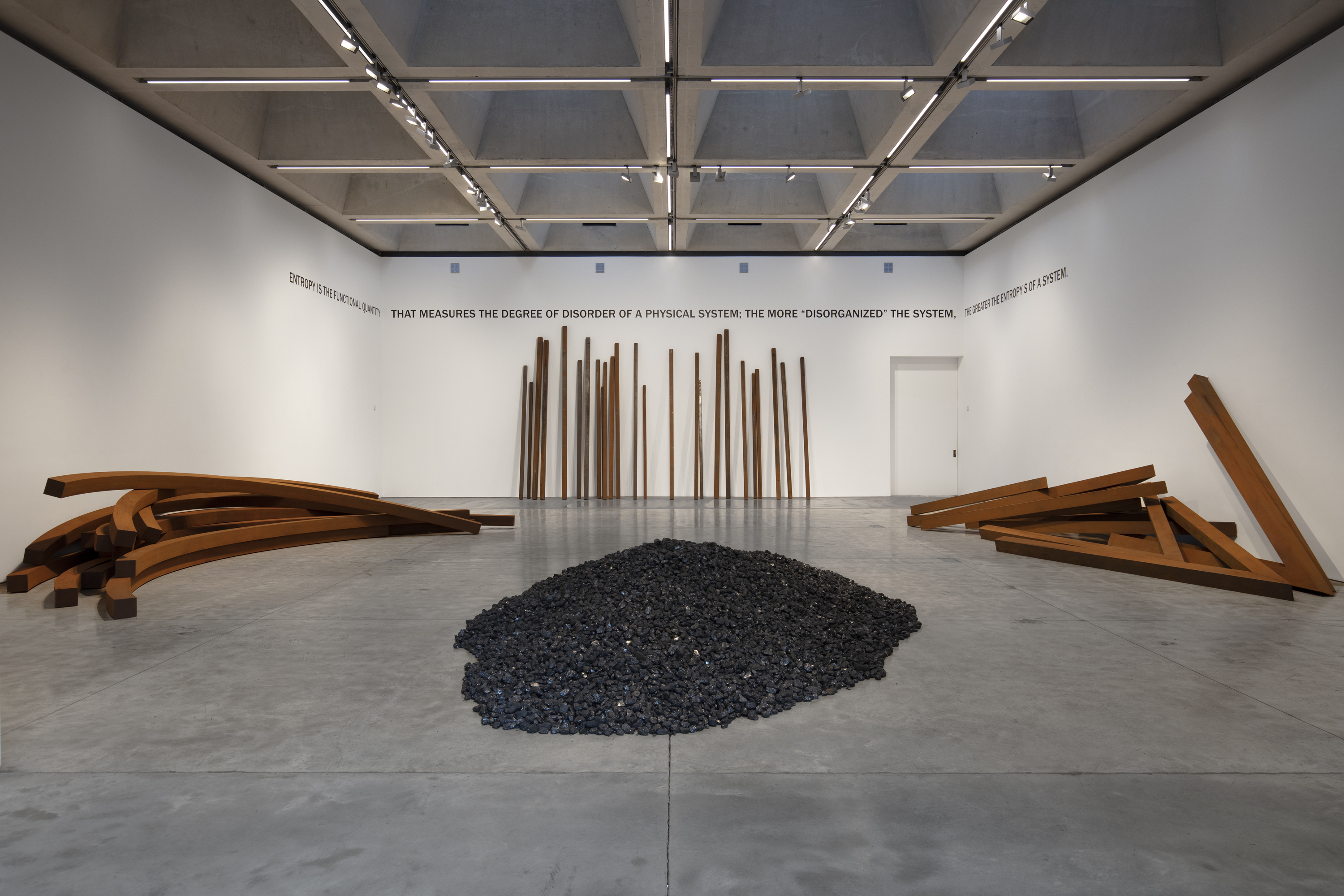 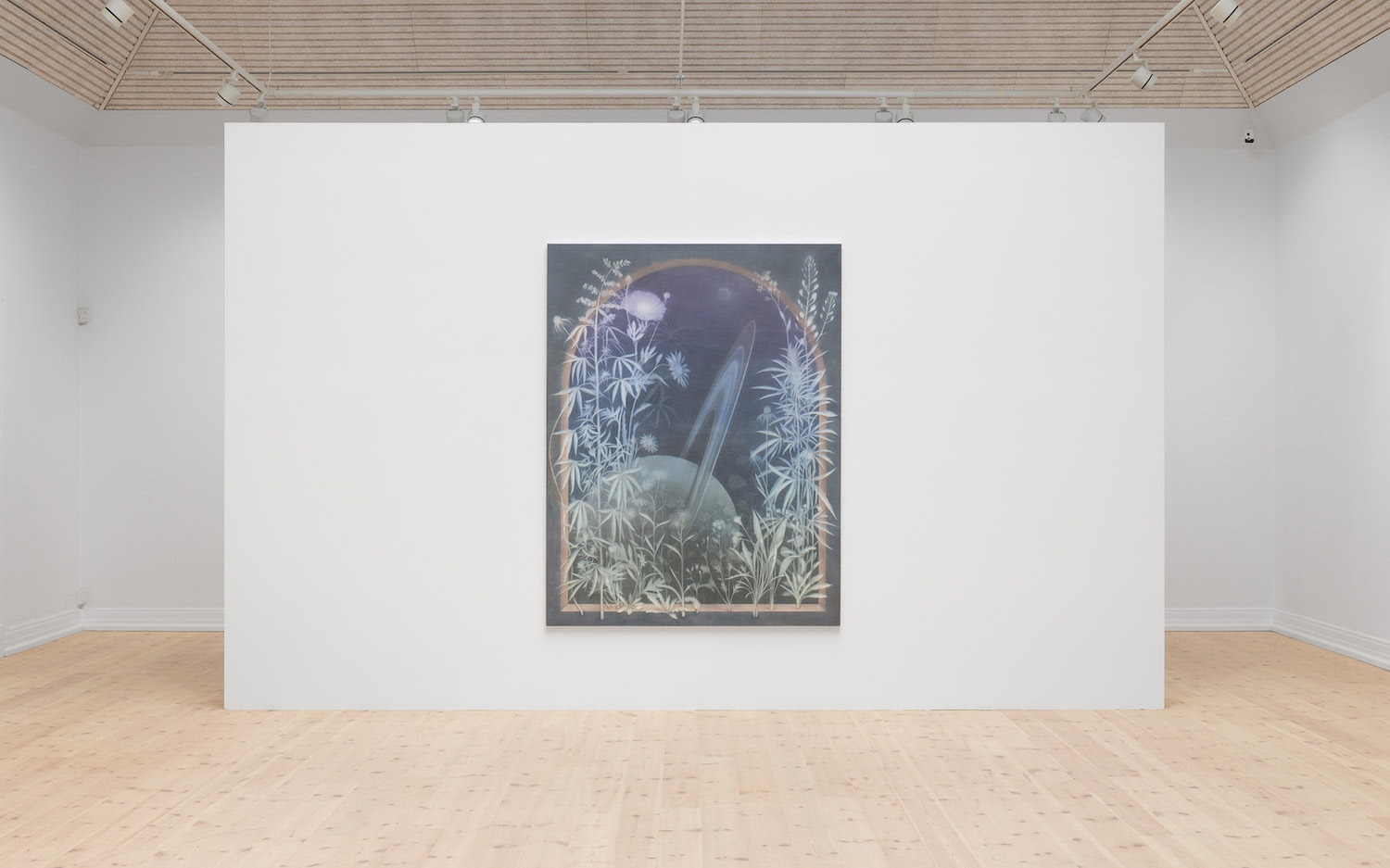 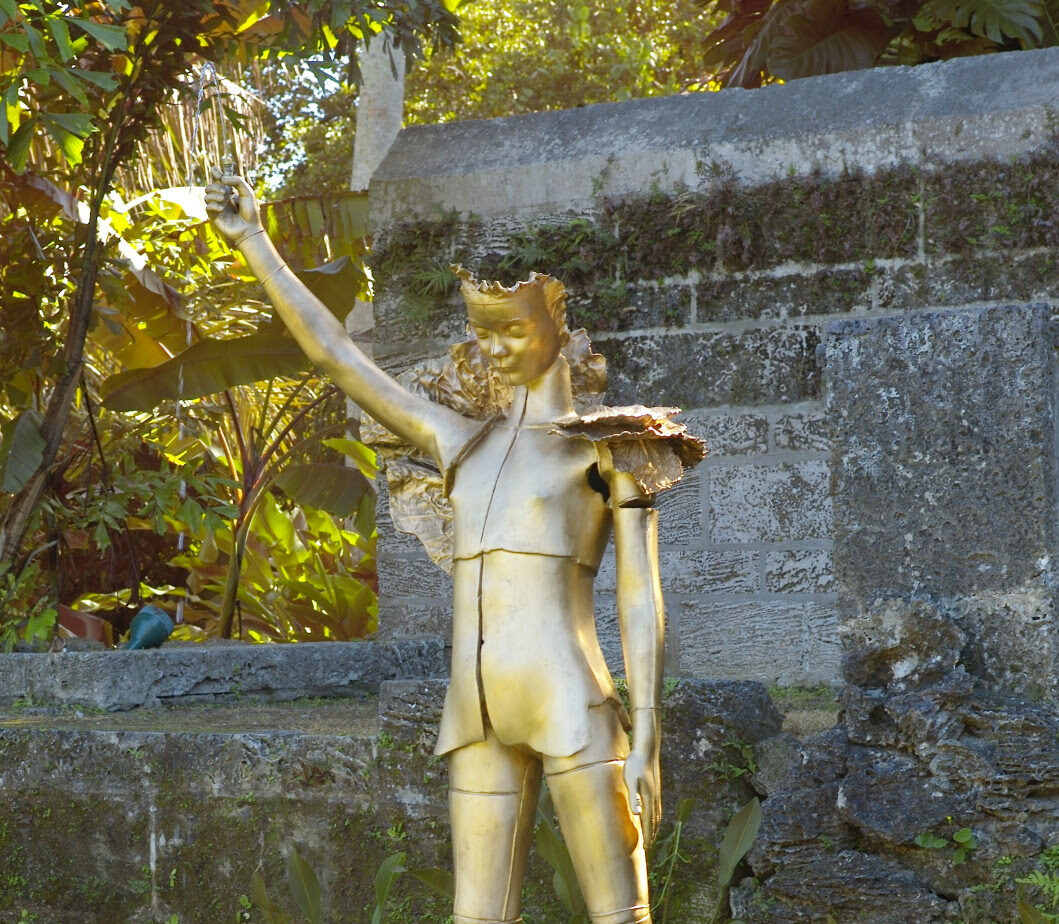